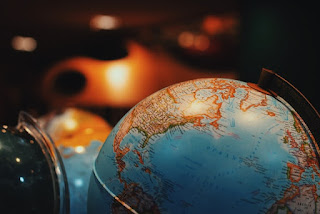 A person is known to have 'a big name' not only because of heredity. It is determined by how he lives his life. Melchizedek was a priest who had a noble position in the history of the life of the Israelites (verse 1). Abraham who was called the father of believers had a status that was no less honorable. They both lived in mutual respect (verse 6-7).

The author of Hebrews points out that Melchizedek was a king and therefore received an honor from Abraham. More importantly, he was the priest of God Most High, and thus received tithes from Abraham. This purpose was put forward later by saying that Melchizedek was the priest of God before the institute of the Levitical priesthood. In the accompanying section, namely verses 2 and 3, it is stated that Melchizedek did not have a list of descendants and there was no substitute. His birth or death was not recorded. His life record shows that his days had no beginning and no end, and because of it he was made the same as the Son of God. The absence of input regarding the time of his birth strengthens Melchizedek's typology in relation to Christ. Thus Psalm 110: 4 emphasizes the immortality of the Melchizedek priesthood - which is forever.

Melchizedek had an initiative to honor and bless Abraham who came home after defeating other kings. Accepting the award did not make Abraham proud. Abraham reciprocated by giving Melchizedek an offering as a priest, which is a tenth of all the best spoil (verse 4). The two great men had shown mutual respect.

In this life, we have met our neighbors with various characteristics, nations, habits, and different backgrounds. Hopefully we can respect each other and strive for a better life together. Do not use our strength as a tool to demean others. We can pray to God so He can give us the sincerity in respecting others. The world will be more peaceful when everyone is willing to work for mutual respect.

(Listen to the Podcast here)