Pro temet ipso | For himself 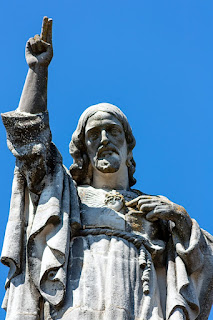 Dear brothers and Sisters in Christ Jesus,
In todays passage we listen to the defense of St. Paul in front of King Agrippa. St. Paul claims that he is a born Jew and a strict follower of religion and a Pharisee. He also tells that he was part of the persecutions against Christians. The king Agrippa and audience is listening patiently to the defense of St. Paul. When I was reflecting on this passage I got few reflections.
You may not be accepted by your own people even if you are doing good sometimes. In the case of St. Paul it is the Jewish people who wanted to get him killed. Another reflection is from the side of St. Paul that once you know the truth and your mission in life or your calling in life then nothing can stop you. For this mission you are willing to go to any extreme even to the extent of sacrificing your life like St. Paul.  Sometimes when you do your mission which is according to the will of God you may be left alone or may feel lonely. There won't be others to defend you. You will have to make your own defense.
Even if you feel lonely or left alone make sure that you always lean on to the most sacred heart of Mother Mary and she will for sure lead you to the Sacred Heart of Jesus. This is my experience in life. The Sacred Heart of Jesus is the place of solace at the same time you can draw all your energy from there. The Heart of Jesus is filled with love and mercy. St. Paul had placed himself in the Sacred Heart of Jesus. St. Paul was able to say even if I die it is a gain for me so that he can meet Jesus soon in Heaven. Nothing can separate us from the love of God. Amen.
Reflection on Acts 26:1-11 by Fr. George Joseph SVD
(Listen to the Podcast here)
Posted by Missionary at 10:17 AM No comments: 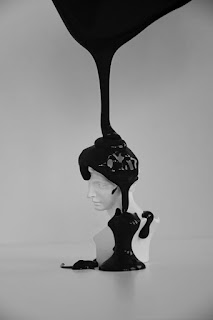 This passage starts when the Jewish leaders planned to kill Paul by asking Festus to transfer Paul to Jerusalem for his trial (v.3). Festus who represented the (Roman) governor of Judea told them to follow him to Caesarea and put their charges against Paul there (v.5).

We found out through the passage that all those serious accusations they put against Paul failed. He was proven not guilty against the Jewish laws, the Temple or Roman government (v.7-8). At this point, Festus should be able to release Paul and free him from any accusations. Nothing that Paul did deserved his death (v.10-11). However, despite the clear truth of this case, Festus wanted to please the Jews for his own sake by asking Paul if he would like to stand trial in Jerusalem (v.9). That means opening the way for the Jews to kill Paul as they planned.

We learn a lot from this passage, especially about integrity. Will we stay true to the truth no matter how difficult it can cost us? When the majority refuse to accept the truth, what are we going to do? Who are we going to please? It could happen when we need to speak out the truth God has shown clearly, when we need to defend the weak and the oppressed ones or even when we must make a fair decision involving our loved ones where honesty is required. As Christians, let’s stand firm on the Truth, which is the Word of God. May the Holy Spirit help us. Amen.

Reflection on Acts 25:1-12 by Desire Litaay
(Listen to the Podcast here)
Posted by Deliana at 3:31 PM No comments:

"But Felix was frightened when Paul started talking to them about doing right, about self control, and about the coming judgement. So he said to Paul, 'That's enough for now. You may go. But when I have time I will send for you.'"— Acts 24:25 (CEV) 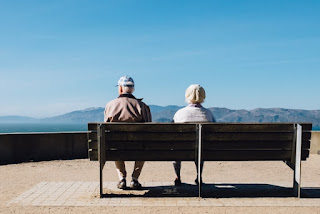 The sentence above is the expression of a public figure named Felix which was addressed to the apostle Paul when he was dragged by the high priest Ananias because he was accused of violating the sanctity of the temple of God. In life there is a certain atmosphere that requires us to give ourselves totally to the service and each of our responsibility. We felt incomplete when the task given to us has not been done properly. Our time flies so fast and we are rushing with it.  Someday we will be so weary with loaded burden because of it.  One thing we are sure of, God will never leave us alone.  He will come and greet us through good people who remind us to be satisfied with what we have because we need time to rest and give space to seek the source of our true happiness - which is Christ Himself. Is our search in this world only limited to please the people we love? Well, let us say that is one of our duties in life but we need to take good care of our body and soul too.
Around us there are people who really need an act of love even just a simple greeting or attentions. Maybe they are our neighbours or our elderly parents who have forgotten by their children or maybe they are members of our own communities who are in crisis, perhaps. How could we give them such attention and love if we ourselves are too busy with our duties, with our businesses and cares?  In the rushed hours of our days, let us try to be sensitive to their needs.

The words “enough and go now” actually came from Felix’s fear of the Truth that Paul spoke of. We could use it in different context for our lives as well as for our different callings and missions in this world.  To pause from our routines, to go and take a look at our brothers and sisters in need around us.

Reflection on Acts 24:1-27 by Sr. Yanti Purnawati SFSC
(Listen to the Podcast here)
Posted by Deliana at 7:55 PM No comments: