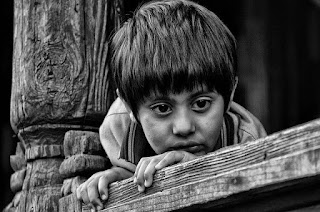 It is so common to hear that Jesus came to save the sinners who believe in him so that they would not perish but obtain eternal life. Our spiritual condition is mostly considered here. Nonetheless, during his life on the Earth Jesus was also concerned much with the humans’ physical condition.

The scriptures today are taken from Matthew 15: 29 – 37. The great crowd came to him, bringing sick people of all kinds. He healed them all. The text said these people had followed him for three days. They must be amazed not only by the miracles he did but also by his powerful teaching. They might carry some supplies with them but then on the third day nothing was left or not enough to support them. Still, they remained with Jesus. It would be fine for him to dismiss the crowd, because he had healed their infirmities and given them spiritual food before. However, he didn’t think of the excellent service he had performed. He urged to serve more, in spite of his disciples’ irritation because of the huge crowd they had never invited in the first place but had to deal with.

In this advent season, weare expecting Christ to come and be with us. Through this reading today, we could see, if he were here, he would ask us to pay more attention to someone, or some people, destitute communities who are in despair. Christmas is about celebrating Christ on Earth. It’s not merely to think about what we might lack in our house or family or to adorn ourselves but to take notice of people in need just like what Jesus did.

Since the first time he came to the world, he had emptied himself– being born in a poor condition until he sacrificed himself on the cross for the undeserved ones like us. It’s because he loves us too much. May we are also able to empty ourselves and feed others with our spiritual gifts and of course the tangible ones such as food, money or even ourselves in many ways. Have we got a plan on our mind?Let people welcome Jesus through us.

Posted by Missionary at 8:51 AM