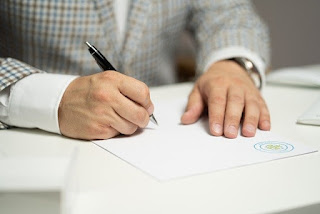 Shiftiness is often identified with cleverness. After all, the shrewd are those who are capable of critical thinking and capable of carrying out perfectly responsible, perfectly thought-provoking thoughts. Those who have both the ablest and the common experience have a good position. But let us realize, some shrewd people are also unable to deliver them to safety. For example the corruptors. They are intelligent but not enough to help themselves get out of the legal snares of corruption.

In today's Gospel, Jesus gave by means of an illustration. Jesus spoke highly of the ingenuity of a dishonest steward. His tadpole was reflected in a situation that set him up because he lacked responsibility for his job. And he was even aware of the risk of being fired and losing his job. Even if the risk is imminent and yet he uses all of his potentials to save himself.

The evangelist Luke wants to invite us to learn shrewdly in life now, in order to attain a future/eternal life. In the face of such a situation as the dishonest steward, we need not despair and mourn but think creatively to resolve issues. Jesus wants us to appear as problem-oriented individuals, not focused on problems. Thus, a person's intellectual ingenuity must help him/her attain the spiritual intelligence of salvation.