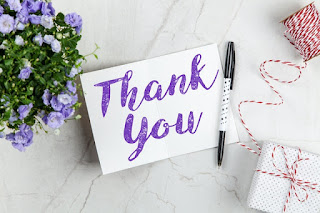 It is a challenge to preach the Word of God to unbelievers, let alone to start a church. Apostle Paul faced many difficulties in spreading the Gospel. He and Silas were imprisoned in Philippi then miraculously were freed from the jail (Act 16: 26). They came to Thessalonica and some people joined them believing the Good News of Christ, but then had to flee from an angry mob (Act 17: 5). They moved to Berea and met good believers but soon were driven out by the same Thessalonian mob again (Act 17: 11-13). Paul had challenges in Athens (Act 17: 32-33) and he finally reached Corinth, in weakness, fear and much trembling (1 Cor 2: 3).

When Paul was in need for an emotional support, came the news from Thessalonica. The church there was strong, they imitated him without any force. This encouraging news brought by Silas & Timothy was a relief and much appreciated by Paul. He and his fellow missionaries gratefully prayed for the believers in Thessalonica, for their faithful work, loving deeds, and the enduring hope they have in the Lord Jesus Christ.

They accepted the message of God, Paul brought, with joy in spite of the suffering they endured because of that. They even became an example to all the believers in Greece—throughout both Macedonia and Achaia. Their faith had become known everywhere. They left their idols to come to God and they were waiting for the coming of Jesus, the Son of God.

The Word of the Lord changes people’s life. They become a new creation in Jesus Christ. The true believers leave a significant impact in others’ life. People are grateful, encouraged, loved and most importantly inspired by their unwavering faith.

Paul thanked God when speaking of the believers in Thessalonica. How about us? What would people think when they remember each of us? What kind of memories do we leave on other people’s mind? Do other people thank God for us?

Reflection on 1Thessalonians 1: 1-10 by Desire Litaay

(Listen to the Podcast here)