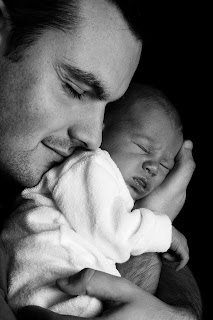 During my hour of meditation I asked Jesus what he learned from His foster father Joseph. He had a lot to share starting from learning to love others, up to giving up His life for others.  He opened to me a world of beautiful events that took place particularly during His childhood. Joseph was a man who walked miles in faith for the sake of others, without losing his smile. While Jesus was growing up Joseph must have taken him for walks, sharing with him the stories of his birth and the journey that he undertook from Nazareth to Bethlehem covering nearly 80 miles with the pregnant Mary. Probably another highlight of His story was his flee from Bethlehem to Egypt over night treading  another 400 miles, taking responsibility for Mother Mary and Baby Jesus, as was told to him in a vision by the angel of God. No wonder Jesus became an itinerant preacher who was never frightened of what happens 'around' but focused on what is ‘within and ahead’. Jesus learnt to trust in the God of journey, who provides on the way without fail. Jesus knew the pain of what it means to live as a refugee at the margins, away from the familiar zones. Above all He developed deeper convictions of life with regard to God's plans and its revelation in our daily lives while drawing inspiration from Joseph’s encounter with the angel.
Being just and upholding the dignity of women was another lesson that he translated into his own very life from Joseph (restoring the dignity of woman caught in adultery, Mary Magdalene, Samaritan woman at the well, etc.). He must have known that his father never wanted to disgrace his mother even when he felt that his dreams of building a family with Mary was almost shattered. Who else can ever better demonstrate the fact that, in a genuine relationship, love and acceptance takes precedence over the seemingly unpleasant arenas of the other's life?
I believe, compassion (ability to 'suffer with') of earthly Jesus has his roots in the person of St. Joseph. Consequently, people of all sorts and walks of life became his friends.  Joseph never felt belittled to take Mary as his wife but considered her as his prized possession. Like Joseph, Jesus too learned to overcome ridicule, scornful looks, prejudices, blind practices, labeling etc. It did not bother Jesus when he was unduly labeled as glutton, drunkard, friend of sinners, traitor, blasphemer etc. because he knew well his true identity and his role in the master plan of God. It was from St. Joseph that Jesus imbibed the virtue of sacrifice - joyful giving of one's own life for others. I wonder, how many of our petty issues of life with regard to family, relationships, etc. could be solved if we tried to live like St. Joseph at least in some aspects! May St. Joseph ever remain as an icon of faithfulness, justice, guardian of dignity and   unconditional love for the partner destined by God (by Jessy Paul SSpS).
Posted by Missionary at 3:26 PM