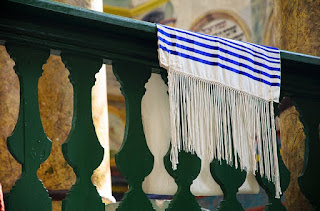 The Pharisees were aware of the Sabbath rules, so they judged that Jesus did not respect the Sabbath rules when doing things that should not be done on the Sabbath. They put in the first place rules in order to find faults with Jesus and His disciples. Even though Jesus' act of healing people on the Sabbath was not against Sabbath's observances. Which is more important: the rules or helping others? Is it justified to obey the rules to the point of sacrificing the lives of others?

Jesus has authority over all regulations. When Jesus said that He was the Lord of the Sabbath, it meant that He was more authoritative than the Sabbath rules, because He is God at the center of the Sabbath. He knew more about the sense of Sabbath than others, so how could He Himself transgress it? He couldn't violate the laws that He had established for humans. He did not intend to change the Sabbath law, but He was a reformer of law. He wanted to teach the meaning of the true Sabbath, but unfortunately, the Pharisees and scribes were not open to His truth.

Posted by Missionary at 9:04 AM